The Director General of the French Institute of Romania, Julien Chiappone-Lucchesi, and the French Military Attache in Romania, Colonel Daniel Parpaillon, visited the "Nicolae Balcescu" Land Forces Academy of Sibiu on Thursday, 17 February.

On this occasion, our institution's mission, the achievements and objectives for the coming period were presented during the commander's briefing. The meeting was also attended by the four second lieutenants from the Inter École Spéciale Militaire de Saint-Cyr, France, who are currently in our institution for the "French Officer Cadet's Training" programme.

The activity ended with a visit to the laboratories, seminar rooms, auditorium and sports facilities where the educational process takes place. 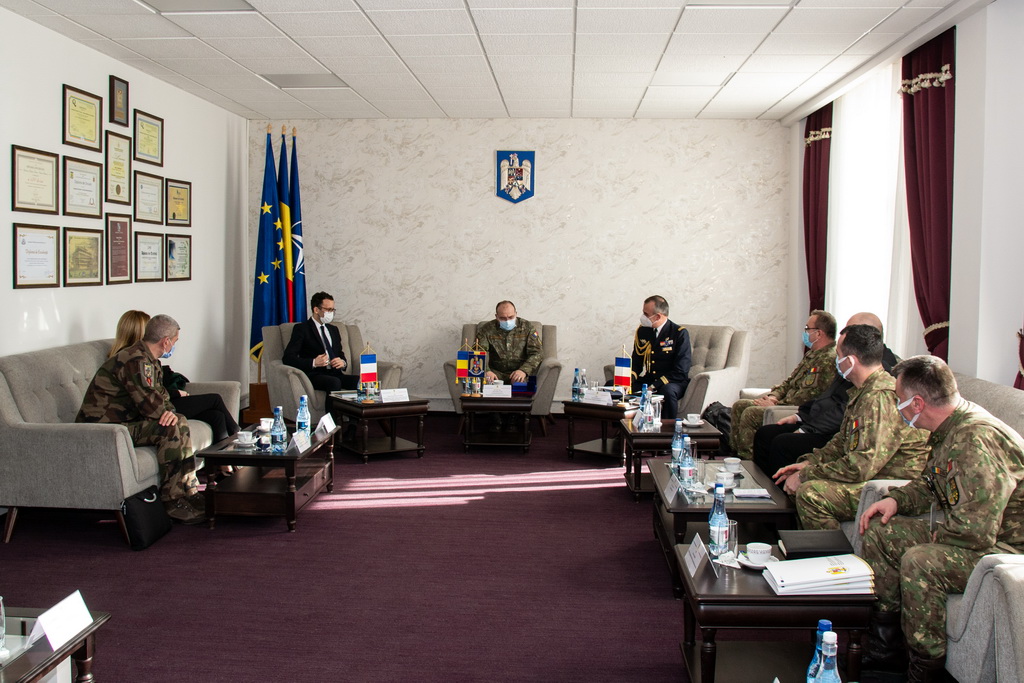 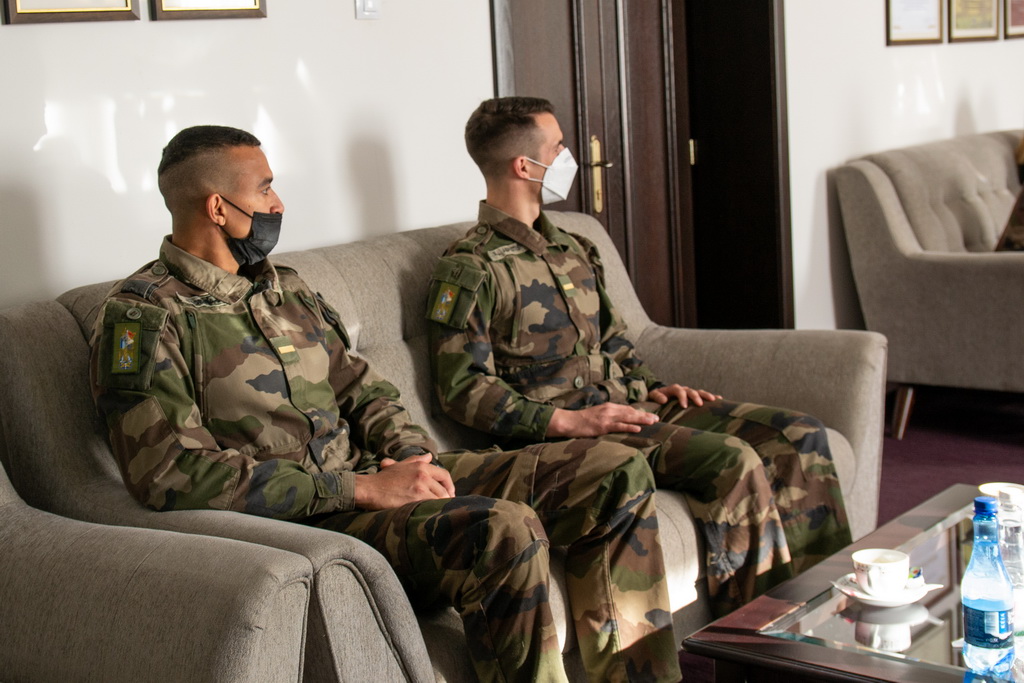 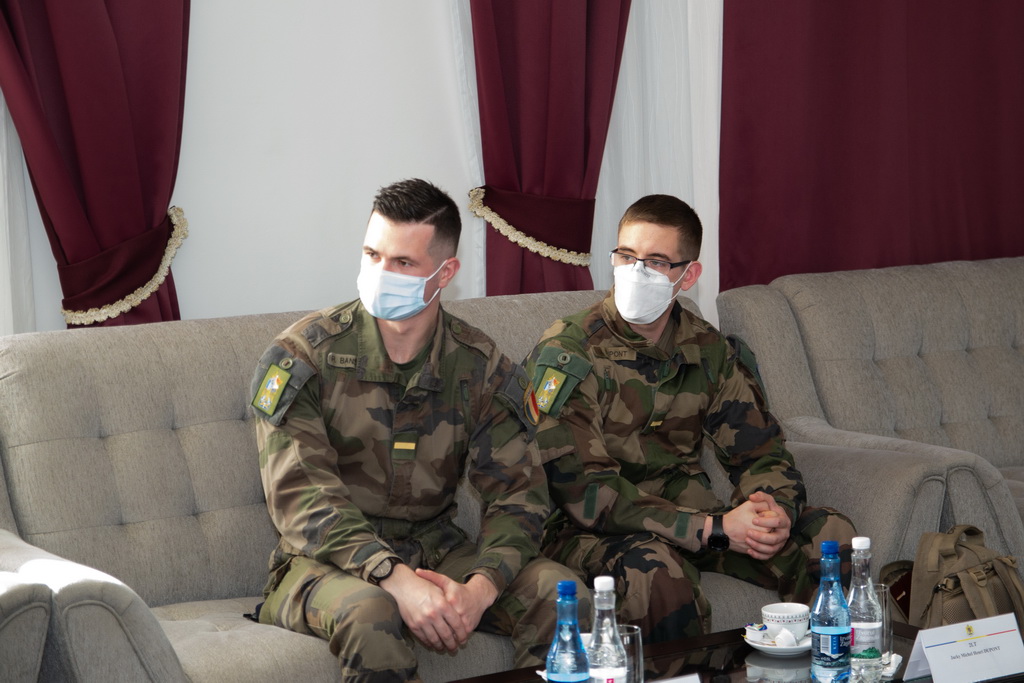 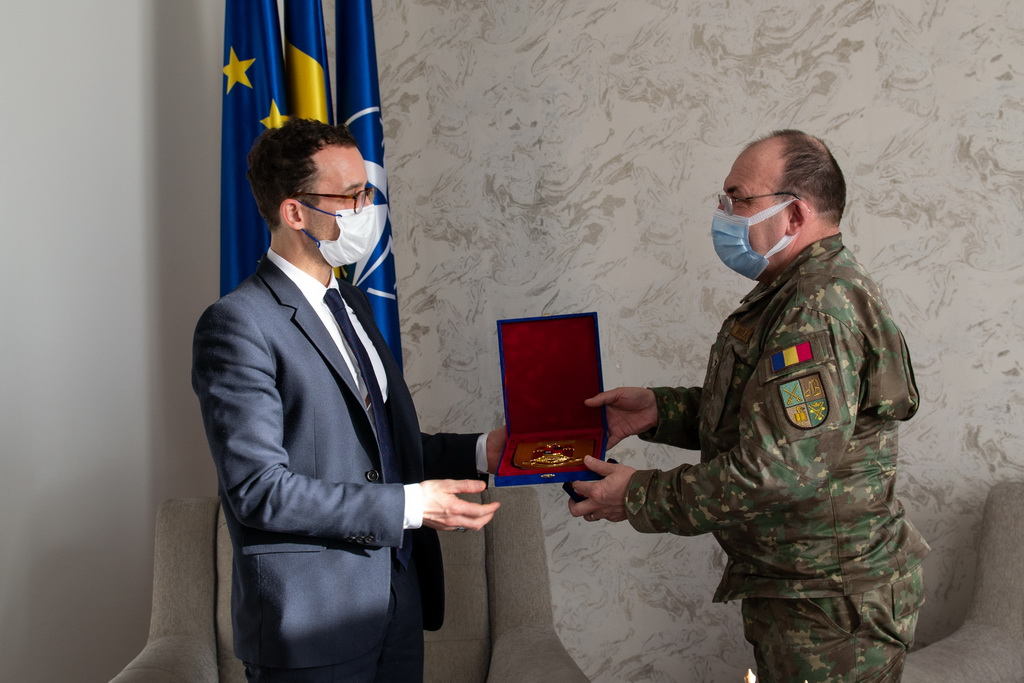 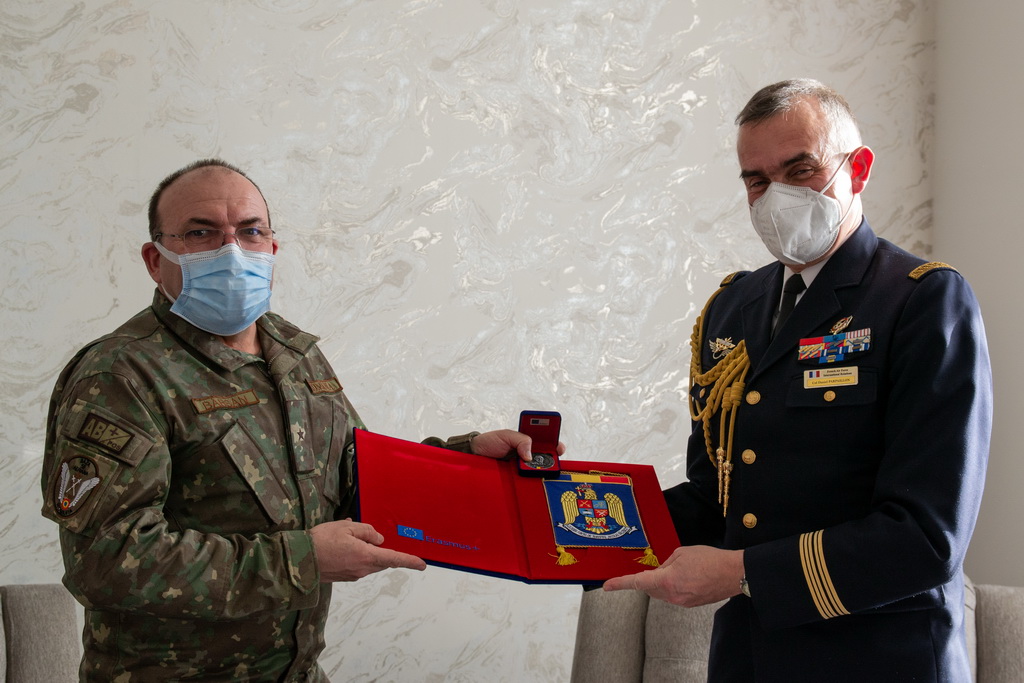 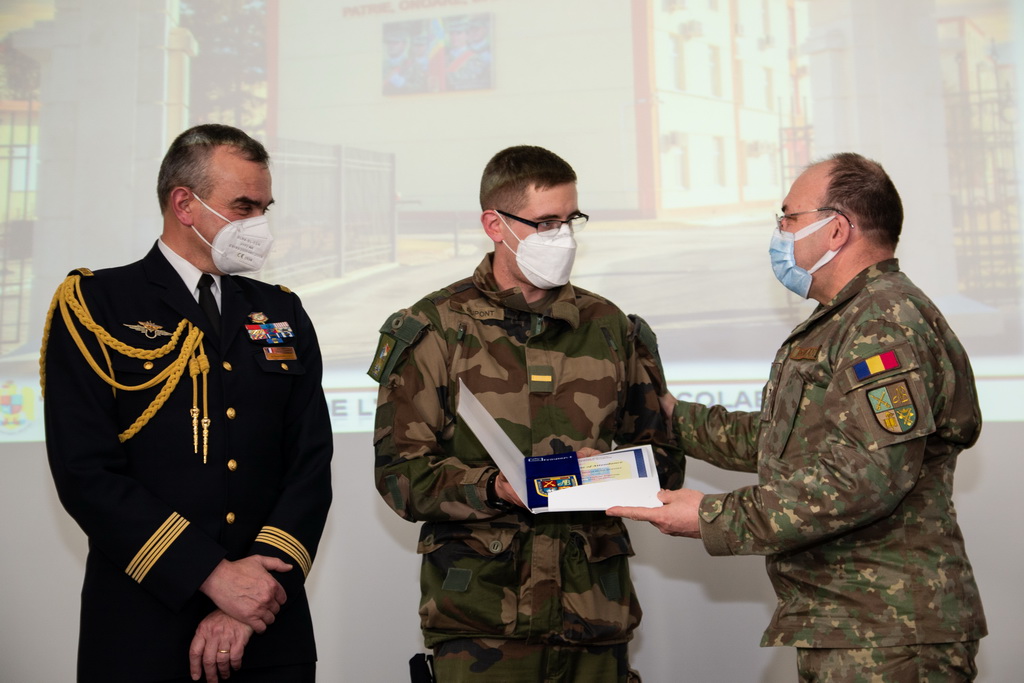 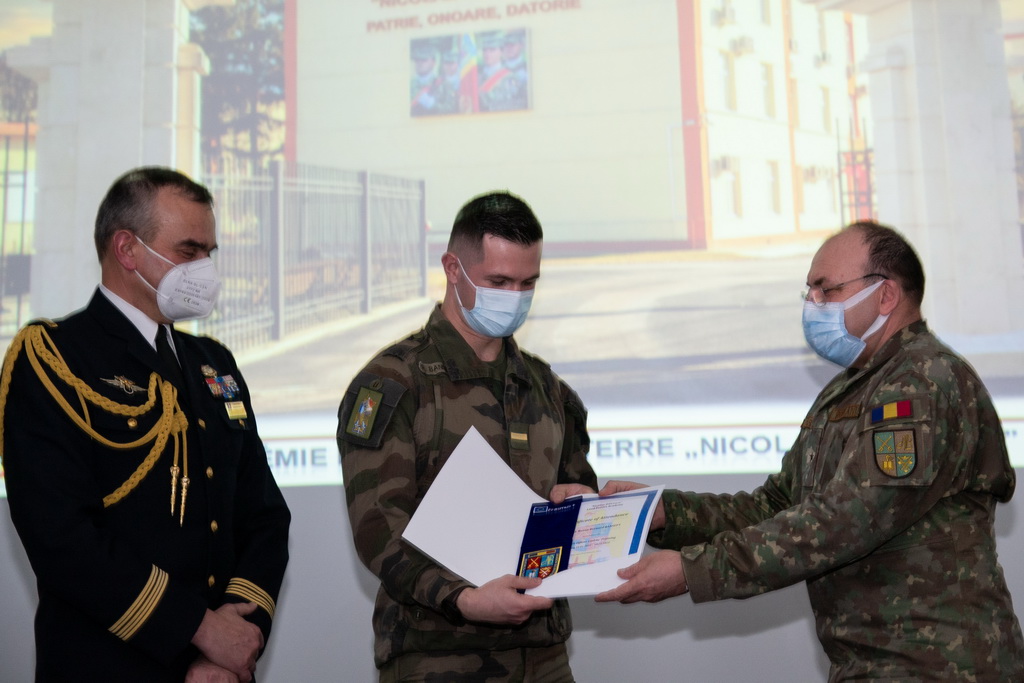 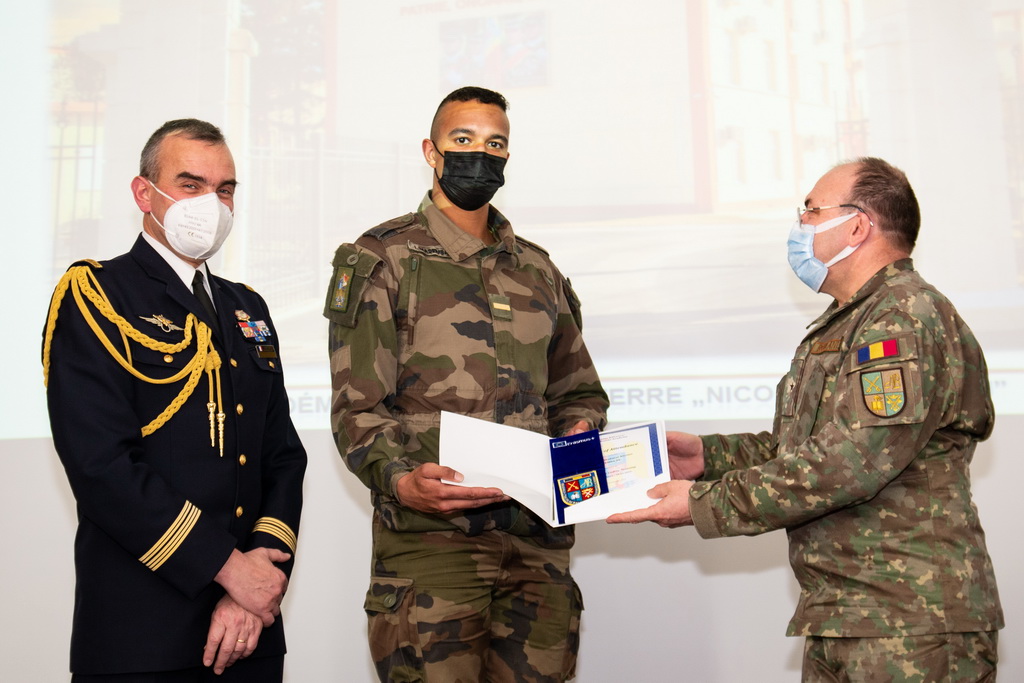 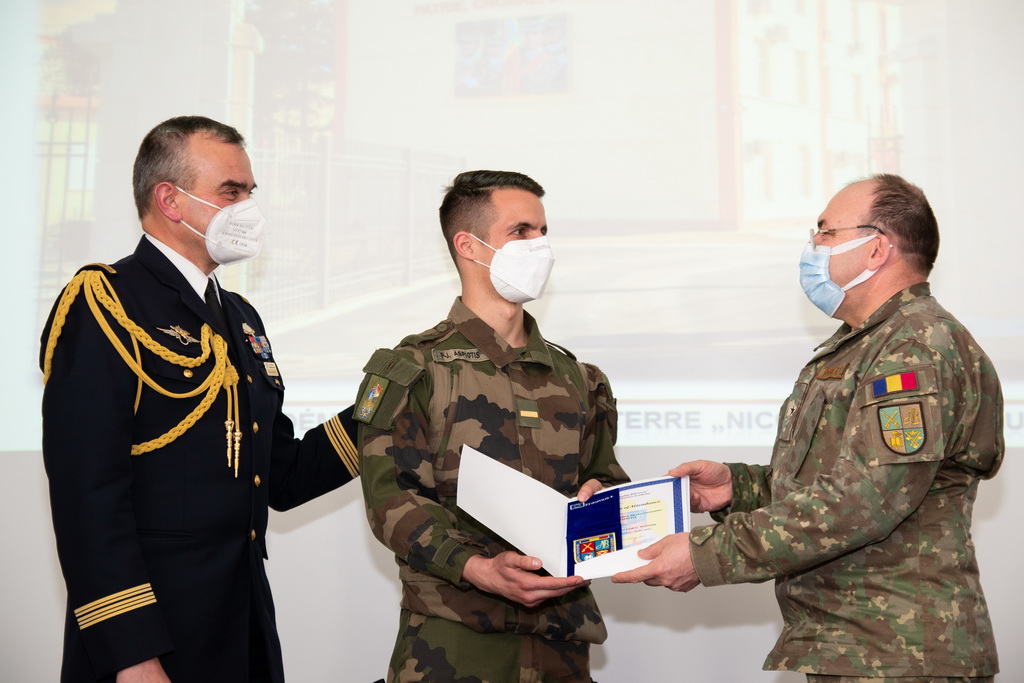 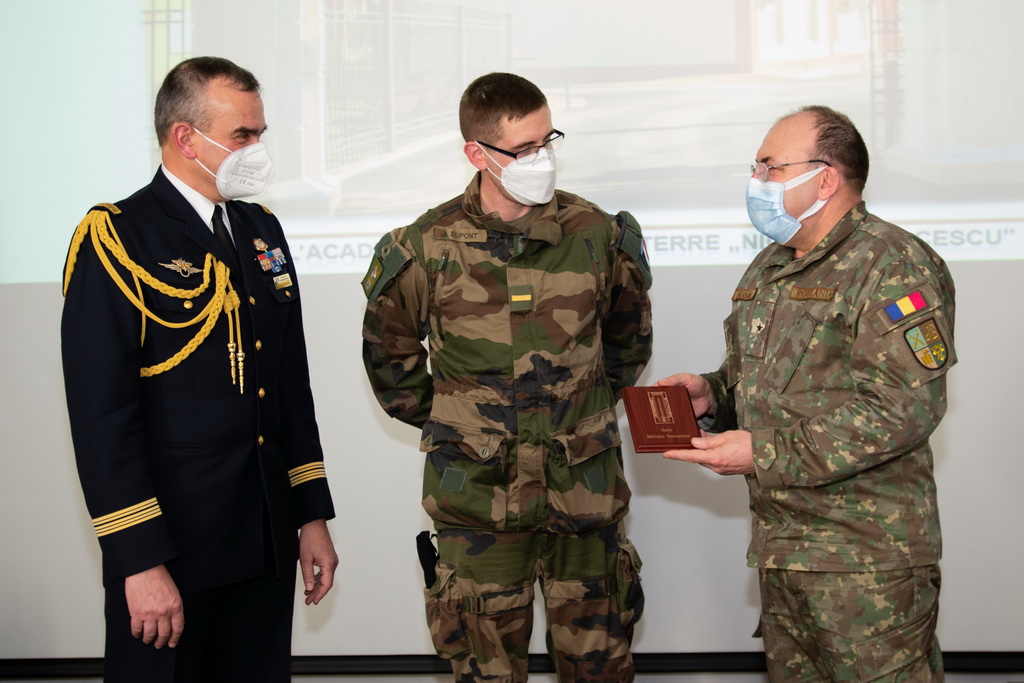 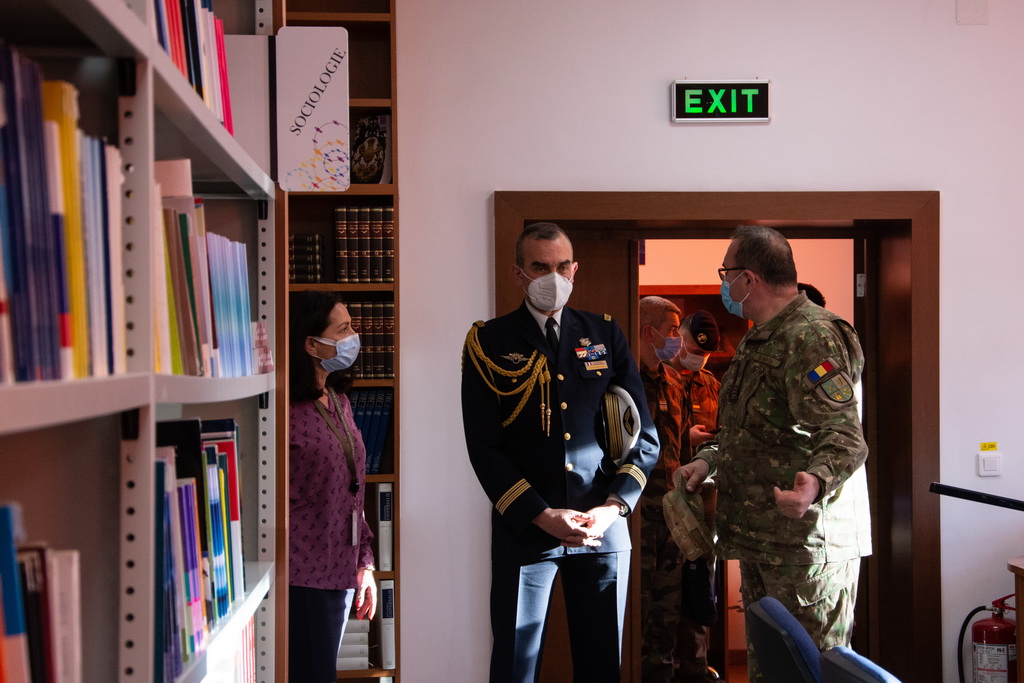 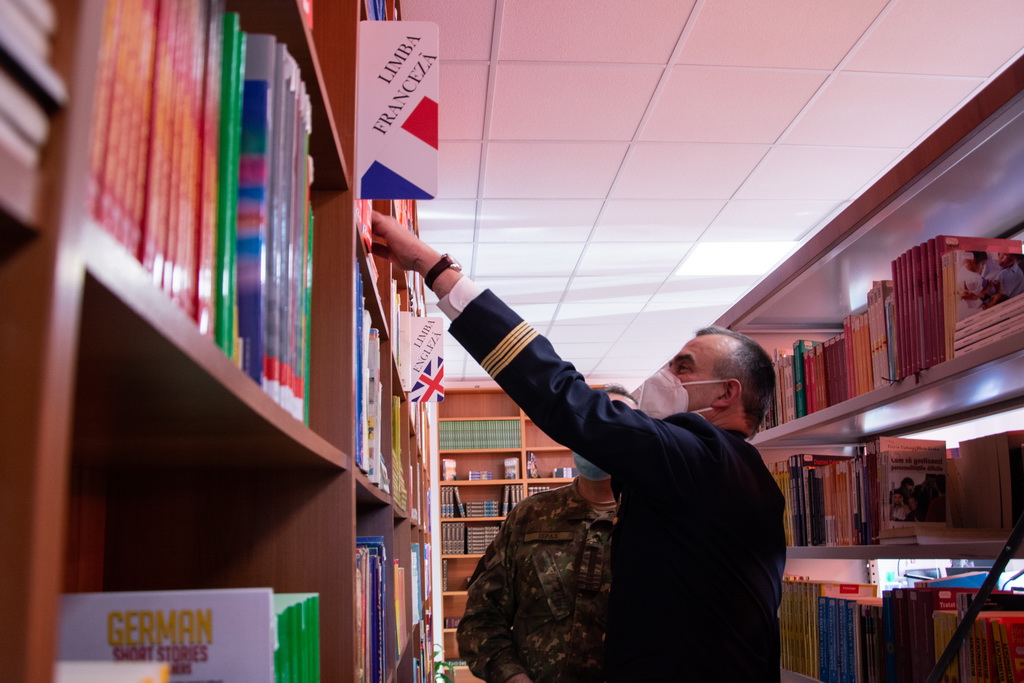 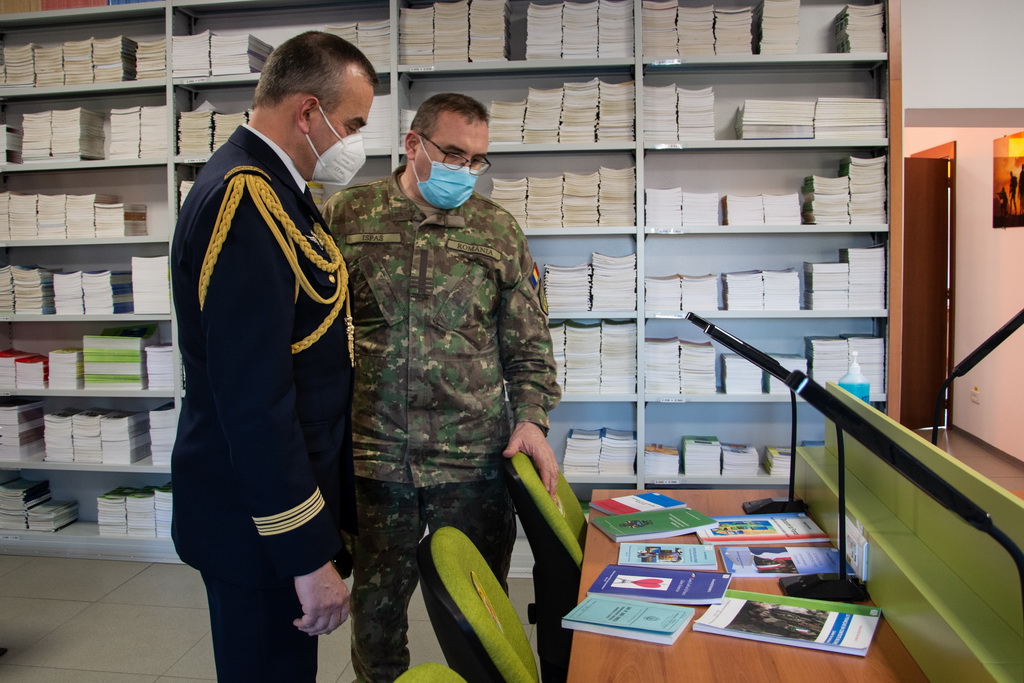 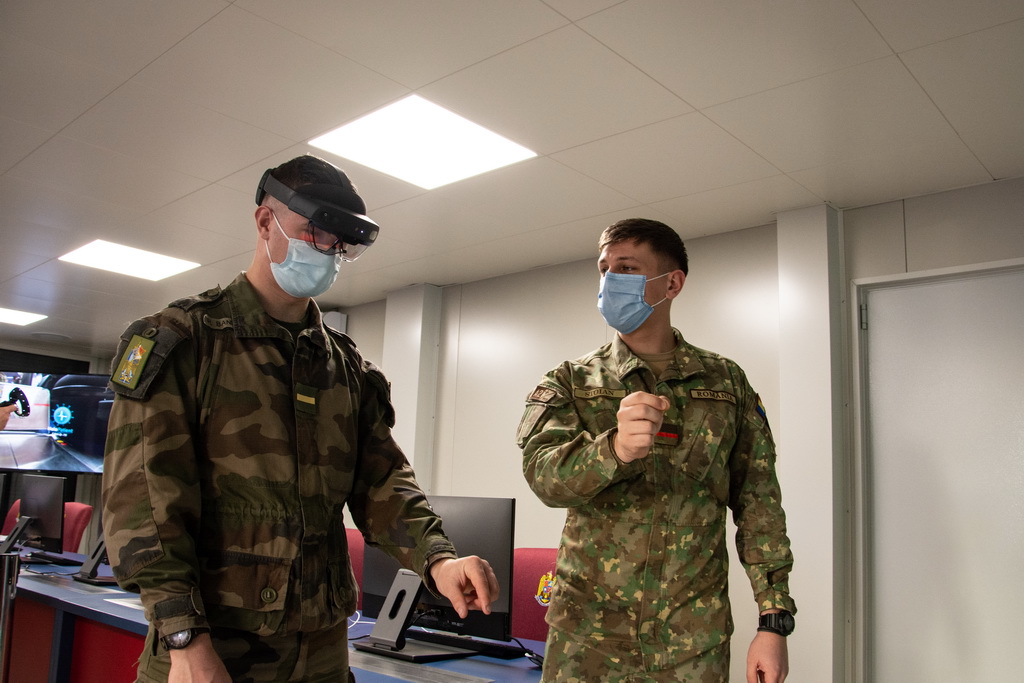 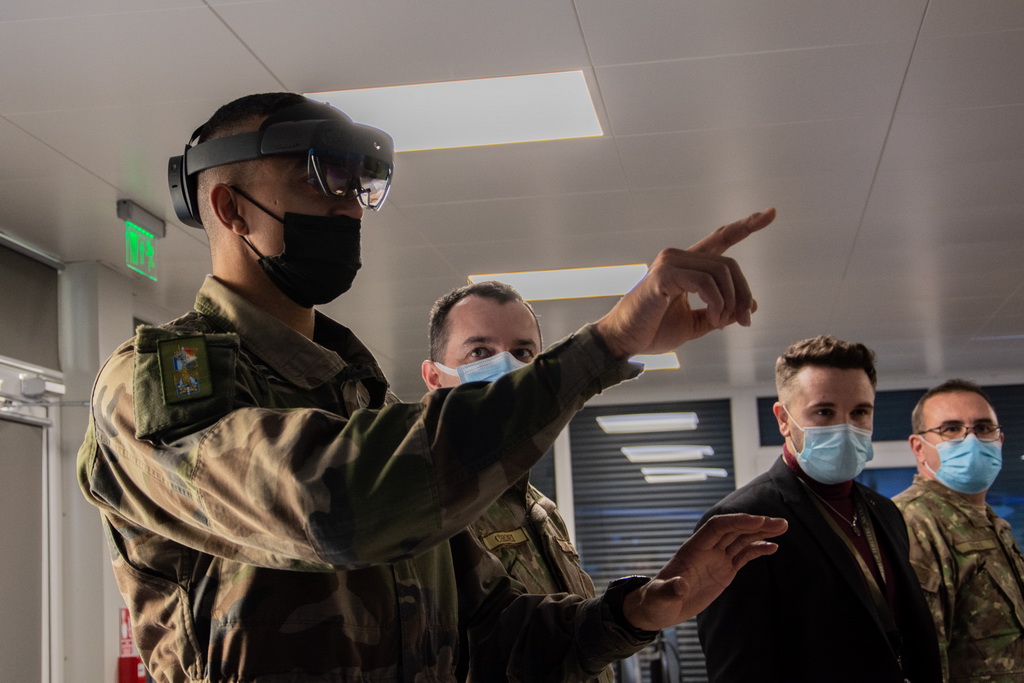 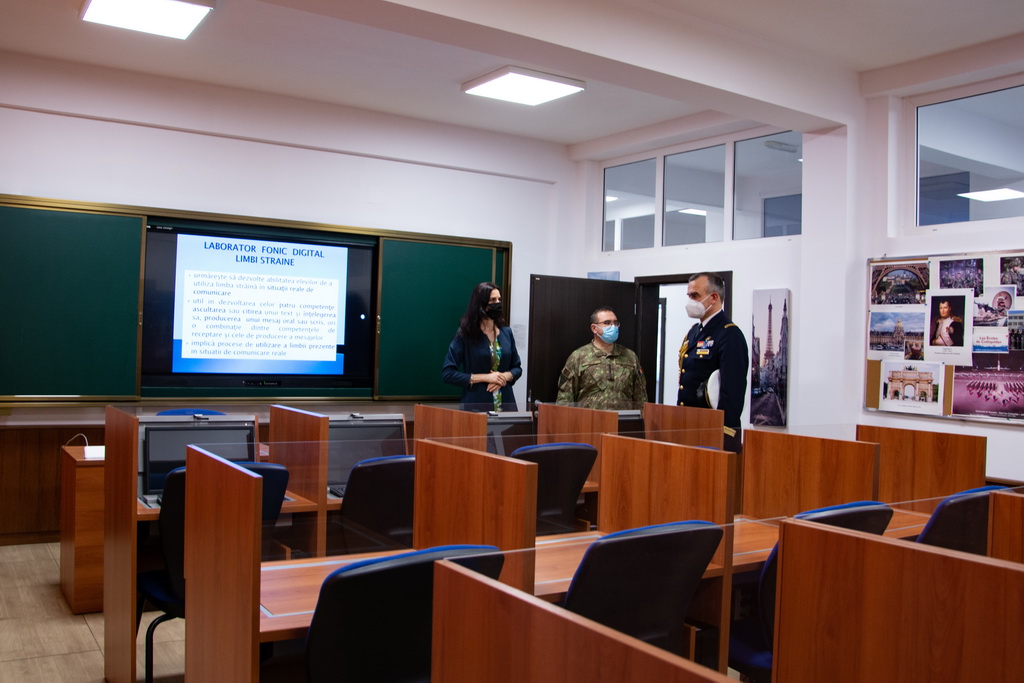 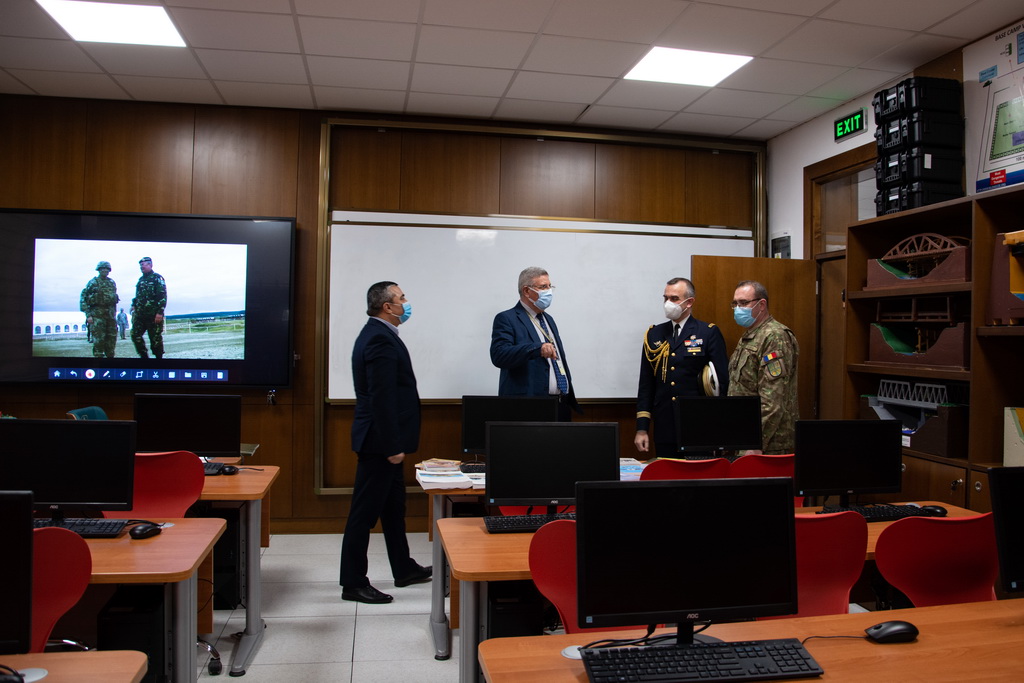